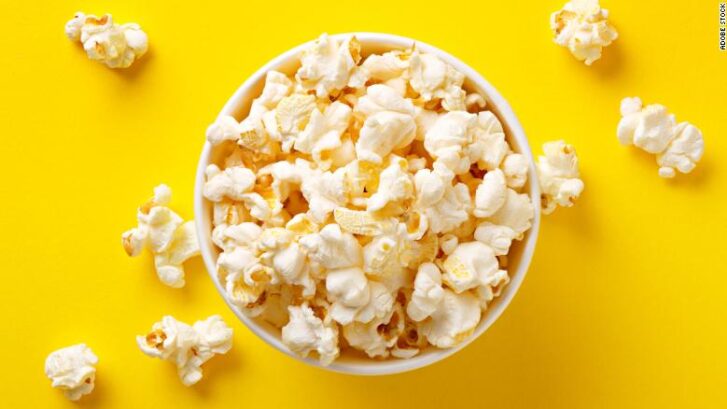 Our concierge doctors in Jupiter sometimes feel bad about all the tasty foods we suggest you avoid if you want to stay healthy. So we thought it would be nice for once if we could bring you some good news about a popular snack food.

When it comes to so-called “junk” foods, popcorn is one you don’t have to feel guilty about: with a couple of caveats, that is, which we’ll explain below. In fact, popcorn prepared the right way is so good for you, it doesn’t even belong on a list that includes cookies, chips, and ice cream.

Popcorn by itself is a whole grain that includes the germ, the bran, and the hard outside endosperm. Together these components are packed with nutrients, including protein, vitamin E, several B vitamins, minerals, and healthy oils, along with fiber and antioxidants.

Here are some of the nutrients that popcorn provides:

Whole grains are an important component in a healthy diet because they’ve been shown to help reduce the risk of high blood pressure, heart disease, and diabetes. Other benefits that are attributed to whole grains include lower cholesterol levels and improved digestion.

“When prepared well, popcorn is actually a pretty good snack,” Maya Vadiveloo, an assistant professor in the department of nutrition and food sciences at the University of Rhode Island, told the American Heart Association (AHA) News.

“It’s stable. It’s inexpensive. It’s fairly tasty. For people who might be struggling to eat adequate fruits or vegetable or other whole grains, it’s a low-risk snack to start.”

Now for the bad news

Corn was domesticated in Mexico more than 9,000 years ago. And there is some evidence that popcorn has been enjoyed for millennia by people all around the world—anywhere, that is, where corn is a staple of the diet.

Simply heating the kernels causes them to pop, so it’s not surprising that archaeologists have found evidence that early cultures in Central and South America enjoyed this snack. It’s probably safe to say, however, that they didn’t drench their popcorn in melted butter and top it off with handfuls of salt.

And that’s one of the caveats we mentioned above. This wholesome snack food can turn unhealthy pretty quickly when prepared the wrong way, i.e., in microwavable bags, with unhealthy oils, or when loaded up with the wrong toppings.

For example, “Popcorn at the movies is very different than popcorn made at home,” Vadiveloo said. “Even a small movie theater popcorn has significant calories and is very high in salt.

“Sodium is one of the leading risk factors for hypertension [high blood pressure] and stroke in general, so it’s something we do care about from a perspective of heart disease,” she explained, adding that a tub of movie theater popcorn can contain up to 1,090 calories and 2,650 milligrams of sodium.

Even if you make it yourself on the stove, however, the oil needed during the cooking process can double the amount of calories, nutritionist Julien Chamoun of RD Nutrition Counseling in New Jersey, tells CNN.

That’s why he recommends an air popper for your popcorn.  Both microwave popcorn and popcorn popped in oil will absorb those oils, so air popping is generally considered the healthiest way to prepare popcorn because it uses no oil at all.

If you don’t want to buy an air popper, however, you can cook it on the stove using healthier oils such as extra virgin olive oil, walnut, avocado, or canola oils, according to the Cleveland Clinic. Avoid palm and coconut oils, because they contain high amounts of saturated fats, and skip corn oil, sunflower oil, and soybean oil entirely.

Chamoun recommends this method to make 16 cups (about four servings):

Pour the oil into a large pot, at least six quarts in volume. Add two or three kernels to the pot, then cover and place over medium-high heat until you hear the kernels pop.

Take the pot off the heat, put in the remaining kernels, and cover the pan. Wait 30 seconds, then return the pot to the burner and cook, shaking the pan frequently to ensure the unpopped kernels fall to the bottom to cook as well as to prevent burning the cooked popcorn, until the popping slows down.

Remove the pan from the burner, lift the lid carefully to allow the steam to escape, then transfer the popcorn to a large bowl. Toss it with a little olive oil or walnut oil to help any toppings stick to the popcorn.

The seasonings you can use are almost limitless, as long as you avoid or at least minimize the usual butter and salt. Try adding garlic powder, onion powder, cinnamon, nuts, paprika, chili flakes, grated cheese, Italian herbs . . . anything you like that’s low in sugar and salt.