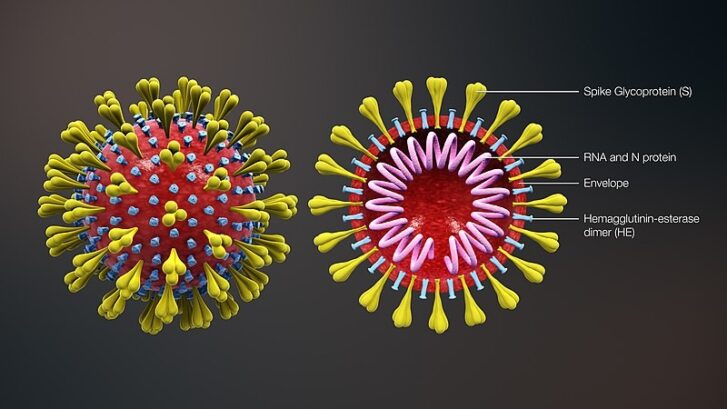 Our concierge doctors thought this would be a good time to tell you about viruses in general, especially the novel coronavirus known as SARS-CoV-2, aka COVID-19. SARS-CoV-2 is the name of the virus; COVID-19 is the disease it produces. This nomenclature is similar to the human immunodeficiency virus (HIV) and its resulting disease, acquired immune deficiency syndrome (AIDS).

Before we discuss the mechanisms of viruses, however, let us reiterate that under no circumstances should anyone ingest any type of disinfectant—bleach, Lysol, or any other such product—to try to clear the virus from the body. In this case, the “cure” really would be worse than the disease, because doing so may remove the virus but will also kill you.

Viruses are so tiny they can only be seen with an electron microscope, which is why they weren’t discovered until that tool was invented about 90 years ago. They are many times smaller than human cells or bacteria. Of the approximately 2,000 known viruses, only about 10 percent present a threat to humans.

Even though we often talk of “killing” viruses, they aren’t technically alive; they aren’t cells, and thus can’t live or reproduce outside a host, which can be either human, plant, or animal. Some argue that they are in fact alive, even though they don’t eat, grow, breathe, or reproduce on their own, because of their ability to reproduce themselves once inside a host.

They do, however, contain the so-called building blocks of life, the genetic material RNA and—sometimes—DNA, or both. SARS-CoV-2 contains only RNA. A particle of virus, called a virion, surrounds this material with a protein coat, which in some virus strains is then surrounded by a lipid (fatty) membrane.

How do they work?

Viruses attach themselves to living cells and reproduce at an amazing rate. A virus is essentially a parasitic organism which hijacks the cells internal processes to make copies of itself. Each virion is capable of forcing its host cell to make a million copies of itself, which then spread throughout the host cell’s organic body, invading more cells, making more copies, and so on.

This process happens silently, at first producing few or no symptoms in the host’s body. In the case of SARS-CoV-02, it can apparently carry on this reproductive process in the human body for many days—up to 14—without its victim being aware of it. Meanwhile, the virus is moving throughout the body and is present in certain bodily fluids (mucosa), including the breath, which is how it is transmitted to others without the person being aware they have it.

Eventually, the organism’s immune system recognizes the invader and kicks into action, releasing chemicals known as cytokines which trigger an immune reaction to fight off the invasion. In the case of COVID-19, this is when you begin to feel the effects of the virus (unless you are one of the 25-50 percent who remains asymptomatic).

With older viruses, including colds and flu, most of us have antibodies that recognize the virus and know how to combat it, or we have vaccines that teach the body how to recognize and beat it. Because SARS-COV-2 is novel, or new, no one alive has any cellular memory that knows how to fight it, so some people’s bodies go into overdrive in the attempt.

This reaction can result in a “cytokine storm,” or an overproduction of antibodies that results in severe inflammation and damage throughout the body, including the brain, heart, and especially the lungs. This can lead to pneumonia or an even worse outcome, acute respiratory distress syndrome (ARDS) in which the lungs become stiff and even “glassy” and filled with fluid. At this point, the person won’t survive without a respirator.

How they can be stopped

SARS-CoV-02 is a respiratory virus, meaning it attacks the respiratory system and its transmission is primarily through respiratory secretions. As a person coughs, sneezes, talks, or even breathes, they exhale millions of virions into the atmosphere around them, which can, in turn, be inhaled by others nearby. Because the cloud of virions lingers in the air, they can also enter others’ bodies through the eyes, or eventually fall onto surfaces below.

This, by the way, is why the Centers for Disease Control and Prevention (CDC) now recommends that everyone wear masks in public. If an infected person’s respiratory droplets can be contained within the mask, this reduces the risk of infecting others.

At present, there are no medications that can treat COVID-19. Antibiotics kill bacteria, not viruses. The antivirals that work so well against the flu don’t work on the novel coronavirus. UV light, bleach, disinfectants, and all the other remedies that work to denature (break down and inactivate) the virus on surfaces don’t work inside the body because they can’t kill the virus at the cellular level without also killing the host cells.

The best way to stop SARS-CoV-02 is to deny it new hosts. That means keeping it from getting into other human bodies through scrupulous hand washing, disinfecting surfaces, wearing masks, and maintaining a six-foot distance from other people until we have extensive testing available, and/or effective drugs, and/or a vaccine.

Be sure to contact us with any questions you have about COVID-19 or any other medical issues.