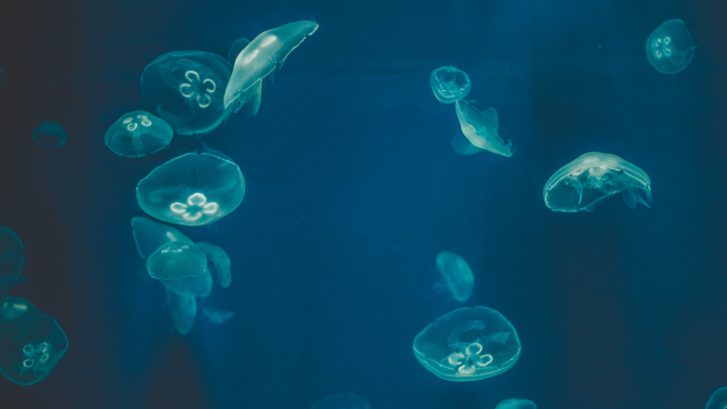 Approximately 150 million people worldwide are victims of jellyfish stings each year. And yes, while rare, you can die from their stings.

Because August is prime season for jellyfish, our concierge family doctors at MD 2.0 in Jupiter want to offer you some tips on how to treat this common seaside scourge.

Jellyfish aren’t actually fish, but invertebrates that have been around for more than 500 million years. Also known as “jellies” or “sea jellies,” their long, stinging tentacles are used to catch, immobilize, and digest prey. They exist in every ocean.

The most dangerous type of marine animal is the box jellyfish, whose venom is one of the world’s deadliest. Its sting is so painful that swimmers have been known to have a heart attack or drown before being able to reach the shore. Fortunately for us, they are mainly confined to the Indo-Pacific region and northern Australia.

Scientists can’t prove that jellyfish are more numerous than in years past, but it is clear that they are expanding their territory. Theories as to the reason include climate change, agricultural runoff, and overfishing of their predators, which include tuna, swordfish, and sharks.

How to avoid stings

As with any wild creature, the best way to keep from being attacked is to avoid them.

One way to do that is to ask the lifeguard on duty whether jellyfish are prevalent where you’re planning to swim. Also, look for signs or a purple warning flag posted on the beach. These indicate that either jellyfish or other dangerous sea creatures have been spotted in the water. If so, stay out of the water!

You can also identify them yourself: They look like clear or white plastic bags or balloons, either floating on the water or on the beach.

If you do see them on the beach, do not touch them. Jellyfish tentacles can sting for up to two weeks after they’ve died. Wear some type of protective footwear when walking on the beach, because jellyfish—as well as any detached tentacles—can be difficult to spot.

Don’t depend on a wetsuit or coating your body with petroleum jelly to protect you. These may help, but they are not sting-proof. If you must go into the water, special “stinger suits” for sale at some dive shops may offer some protection.

What not to do

Because jellyfish have plagued humans since the first time we set foot in the ocean, many home remedies have sprung up over the millennia regarding the best way to treat their stings.

Many of them, in fact, will not only not help, but can actually exacerbate a sting. These include applying:

All of these can make the sting worse by triggering the release of more venom, as can applying ice or a pressure bandage, or rubbing the site briskly with a towel.

The most recent research finds that the best ways to treat jelly fish stings is to immediately douse the site of the sting with vinegar (always bring some with you to the beach).

Then carefully pluck out any visible tentacles with fine point tweezers. Save these for later identification in case a dose of antivenin is required.

Soak affected skin in hot water between 110 to 113 degrees Fahrenheit for a minimum of 20 minutes; 45 minutes is better. If you don’t have a thermometer available, test the water with your hand. It should be hot but not scalding.

A mild hydrocortisone cream or an oral antihistamine can help relieve itching and swelling.

When to seek medical treatment

• a sting on or near the eyes;
• the sting is from a box jellyfish (identifiable by its boxy shape);
• the sting covers more than half an arm or leg; or,
• the victim displays signs of a severe allergic reaction (i.e., trouble breathing or swallowing, coughing, wheezing, chest pain or tightness in the lungs, low blood pressure, weak or rapid pulse, dizziness, confusion, or fainting, or any other unusual symptom).

For less serious reactions, such as severe pain, if the area looks infected or the victim feels unwell, feel free to contact us at any time for advice and/or treatment.