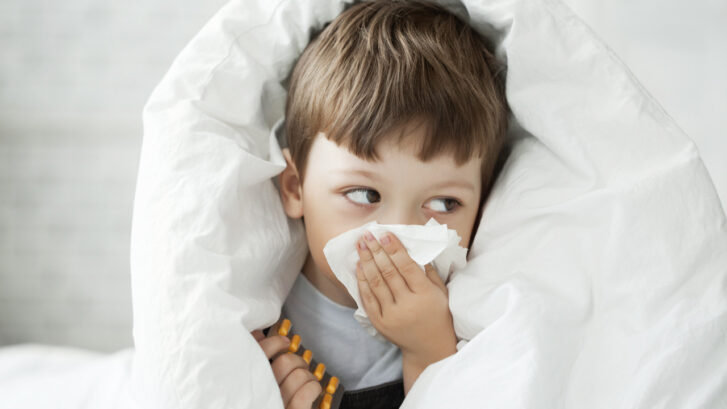 Our VIP concierge doctors at MD 2.0 in Jupiter have seen the results of this year’s flu outbreak, and it’s especially difficult because so many of those affected are children. The Centers for Disease Control and Prevention (CDC) reports that, so far this year, there have been twice as many pediatric flu deaths than at the same time last year. This year, 54 children have died; at the same point in the 2018-19 flu season, 16 children had died.

In addition, the season—which normally runs from about October through April—began in July, which is unusually early, and before many people had been vaccinated.

Why the concentration in young people?

This is the first time in nearly 30 years that the influenza B virus has dominated the outbreak, which strikes younger people the hardest. This strain typically infects younger people, and is becoming more widespread. Most years it’s a strain of influenza A that dominates, and which tends to hit older, less healthy populations, leading to more severe complications, including pneumonia.

In one unfortunate—and fortunately rare—complication, a four-year-old Iowa girl lost her vision on Christmas Eve after the virus attacked her brain. Doctors treating her are unsure at this point whether it will return, but this demonstrates the unusual virulence of the current strain on children.

What to watch for

The hallmark of the flu, of course, is its sudden onset. Symptoms typically include fever, cough, runny or stuffy nose, muscle aches, headache, sore throat, and a general feeling of malaise. Children, however, may also display such abdominal symptoms as stomach cramps, nausea, vomiting, and diarrhea.

“And then you want to recognize when things might be getting worse,” Dr. Tara Narula told CBS News recently.

“So, if the kid complains of muscle aches or pains, if they look like their lips or skin are turning blue, they’re having respiratory difficulties, their fever is very high, or their mental state or alertness really changes, you need to seek care and call your doctor.”

How to keep them safe

Ideally, avoiding contact with infected persons or environments is the single best way to shield against the flu virus. Of course, we know that’s impossible. Even if you home school your children, it’s not possible to protect them from all human contact.

The next best way to keep them safe is with the flu shot. It takes approximately two weeks for the shot to become effective, so if you haven’t already done so, make sure you and your children are vaccinated immediately.

In addition to receiving the flu shot, the CDC recommends the following steps to avoid becoming ill.

And let us know if you or your child gets the flu. While antibiotics won’t do anything against the flu, we have antiviral medications available that can reduce the length and severity of the illness, but they must be administered within 24-48 hours of onset to be effective. We can also watch for complications, so don’t hesitate to contact us.