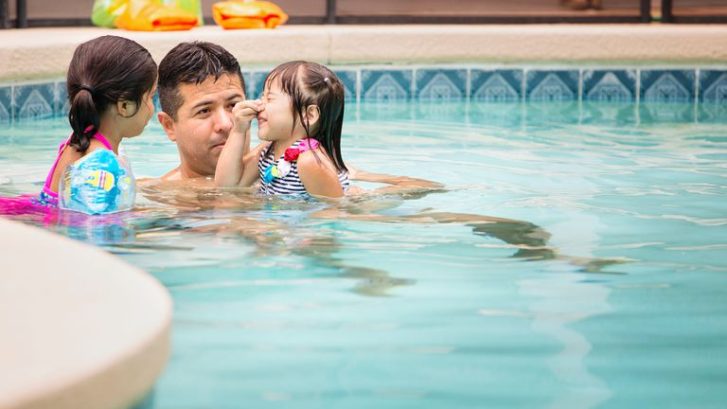 Drowning is one of the leading causes of death in children. Our concierge primary care doctors in Jupiter, want to emphasize the importance of teaching children not only the rules associated with being in and around but how to swim at an early age.

The earlier guidelines were based on the belief that children under four could not master the skills required to hold their breath and coordinate their limbs properly to develop adequate swimming skills. There was also a lack of evidence that swimming lessons would help prevent drownings in the under-four age group, as well as the suspicion that swimming lessons for such young children might confer a false sense of security in their parents.

But one study reported that lessons between the ages of one and four produced an 88 percent reduction in drownings. These findings, coupled with the fact that children between the ages of one and four are at the highest risk for drowning, eventually changed the thinking and led to the revisions. Of course, they’re not all going to be mini-Michael Phelps, but the AAP stresses that they can be taught basic water skills and water safety skills.

“Floating, grasping the wall, climbing in and out of the water, turning back to the wall . . . a lot of times children end up falling into the water and they look to the furthest point, and if they just turned around they would be better off,” Katie Lee of the Goldfish Swim School in Long Island, New York, told CBS News.

It’s a matter of allowing very young to feel comfortable in the water, and not panic if they find themselves in it unexpectedly. You can start by holding your baby in your arms, moving them slowly back and forth, allowing them to feel the silky sensation of water on their skin. You can sing to them, and even bob them up and down, reinforcing the feeling that being in water is fun.

Slightly older children can be taught to blow bubbles in the water, thus learning how to avoid swallowing water. You can also teach them how to float on their backs and kick their legs as you hold them up. Formal swimming lessons with a certified swimming instructor can start as early as age one, depending on the child’s physical abilities and emotional development.

In addition to teaching your child basic water skills, it is critical to be vigilant at all times to prevent a tragedy. Young children can drown in as little as two inches of water, and within 90 seconds without breathing, oxygen in the brain begins to drop. Other experts cautioned that the perception of children flailing around in the water when they fall in is largely myth. Very young children tend to fall in and immediately sink.

“Don’t even run into the house for a second to go to the bathroom or grab the phone,” Dr. Mark Waltzman, a pediatric emergency medicine expert, told CBS News.

Other suggestions from AAP to prevent drowning include the following:

Tips for homes with pools include these useful guidelines:

If you have questions about age-appropriate swimming lessons and activities for your child, don’t hesitate to contact us.