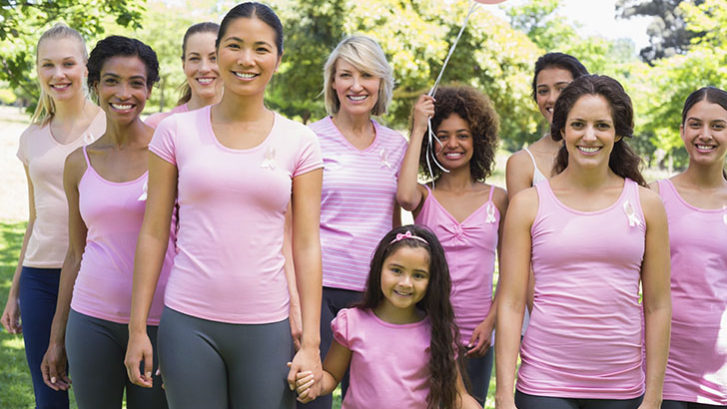 Fans of 56-year-old actress Julia Louis-Dreyfus were shocked last month when she announced she was battling breast cancer, partly because she’s so young and partly because we don’t think it can happen to anyone we know. It was a sad coincidence that she revealed her diagnosis just days before the beginning of Breast Cancer Awareness Month, observed every October.

But her case is actually not exceptional. Eighty-one percent of breast cancers are diagnosed among women ages 50 and older. The median age at diagnosis is 62.

But the news is not all dire. The American Cancer Society reported this week that breast cancer death rates declined by nearly 40% between 1989 and 2015. This means that 322,600 deaths were averted during that period. The report attributed the decline to improvements in the various treatments now available, as well as to early detection from mammography.

That doesn’t mean the disease has been eradicated, however. As The Washington Post reported this week, breast cancer is still the most common cancer diagnosed in the United States, and the second-leading cause of cancer death. (Lung cancer is the most common.)

If one of our patients is unfortunate enough to contract breast cancer, of course we will be there to coordinate and monitor your care with all the various healthcare providers who will be involved in your treatment. But we will also offer continuing support that extends beyond strictly medical intervention.

As Consumer Reports noted this week, a diagnosis of breast cancer and the attendant treatments “can increase the likelihood of anxiety, depression, fatigue, insomnia, pain, stress, and more.” The magazine reported on the Society for Integrative Oncology’s recently updated guidelines on complementary therapies, which they recommend be used during and after breast cancer treatment. Researchers from worldwide heath organizations reviewed studies on more than 80 complementary therapies, grading their effectiveness on relieving these side effects. MD 2.0’s concierge doctors endorse these adjunct therapies, and can help guide our patients through the most effective use of each.

The recommended therapies are:

One of the advantages of having competent concierge physicians available to you at all times means that we can be by your side when you most need us, including at such times as coping with a diagnosis of cancer.