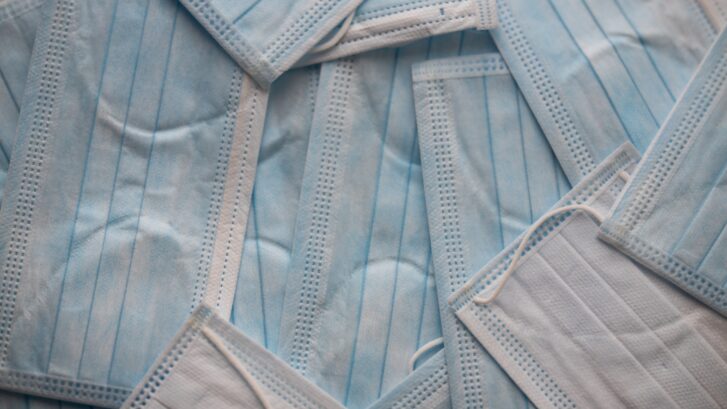 As cases of COVID-19 continue to soar here in Florida, our concierge doctors are disturbed by the number of people who still refuse to wear face masks in public. We believe it’s because they don’t understand the usefulness of face masks in stemming the spread of the coronavirus.

So we’d like to explain the rationale behind the need for everyone to wear face coverings when they are around other people.

One study published last month in the journal Lancet found that, without a mask or social distancing, the risk of transmitting the virus to others is 17.4 percent. With a mask, that number drops to 3.1 percent.

Another British study released last month showed that if everyone wore face masks when they weren’t showing symptoms of the illness, it would be twice as effective at reducing transmission of the virus than if they wait until symptoms appear.

“Our analyses support the immediate and universal adoption of face masks by the public,” said Richard Stutt, a co-leader of the study at Cambridge University, adding that this measure combined with social distancing could be “an acceptable way of managing the pandemic and reopening economic activity.”

And according to a study by the University of Washington’s Institute for Health Metrics and Evaluation IMHE), if 95 percent of Americans wore face masks in public, it could prevent 33,000 deaths in the next three months, with 7,870 deaths prevented here in Florida alone.

“People need to know that wearing masks can reduce transmission of the virus by as much as 50 percent,” said IMHE Director Dr. Christopher Murray,” and those who refuse are putting their lives, their families, their friends, and their communities at risk.”

The problem with the SARS-Cov-2 virus is that it is remarkably easy to spread, and that at least a third of those who have it show no symptoms for several days, so they don’t know they’re infecting others.

Researchers from the National Institutes of Health (NIH) recently used laser light-scattering technology to reveal how even normal speech emits thousands of oral fluid droplets per second that can linger in the air in confined spaces for up to 14 minutes afterward. Coughing, talking, laughing, and singing produce even more potentially infected droplets.

Wearing protective face coverings significantly cuts down on the spread of these droplets.

All ages at risk

This is important because so far we do not have reliable treatments for COVID-19, although the drug remdesivir has been shown to shorten hospital stays by about four days. We do not have a vaccine, and may not have one for many months, or longer.

The only real—and effective—weapon we have against the SARS-CoV-2 virus is denying it new human hosts. And that means keeping our respiratory droplets to ourselves, whether through social distancing or wearing face coverings, or both.

Some people—especially younger people—resist wearing a mask because they think they’re invulnerable to the virus, or that it won’t affect them seriously if they do contract it.

There are two problems with that thinking.

First, according the the Centers for Disease Control and Prevention (CDC), those in the 18-49 year old cohort have gone from accounting for about 27 percent of hospitalizations during the week ending March 7th to 35 percent last week. Note that these are hospitalizations, not infections, meaning that younger people were sick enough to require emergency care.

Here in Florida, the median age of those infected has dropped from 65 to 35, which Gov. Ron DeSantis attributes to increased social interaction in younger age groups.

Second, as more young people become infected, they pass it to others their own age and older, including people who are immune-compromised.

“Younger Americans have a particular responsibility to make sure that they’re not carrying the coronavirus into settings where they would expose the most vulnerable,” he said.

As Dr. Anthony Fauci told CBS News last week, “A risk for you is not just isolated to you, because if you get infected, you are part—innocently or inadvertently—of propagating the dynamic process of a pandemic.”

The paradox is that not wearing a mask is actually hurting the economy, along with other people, and prolonging the misery.

Miami, Palm Beach, and Broward county beaches will now be closed for the Fourth of July weekend. Many bars and restaurants that had been open here were forced to close, throwing more people out of work, and further frustrating those who have spent so many months confined to their homes and who had wanted to resume their normal lives.

“For pretty much every state that we’ve looked at, if we can get people to wear masks, we can not only save lives but . . . we can also save the economy, because we can keep businesses going,” IMHE’s Murray said.

In other words, those who aren’t part of solution are a part of the problem.