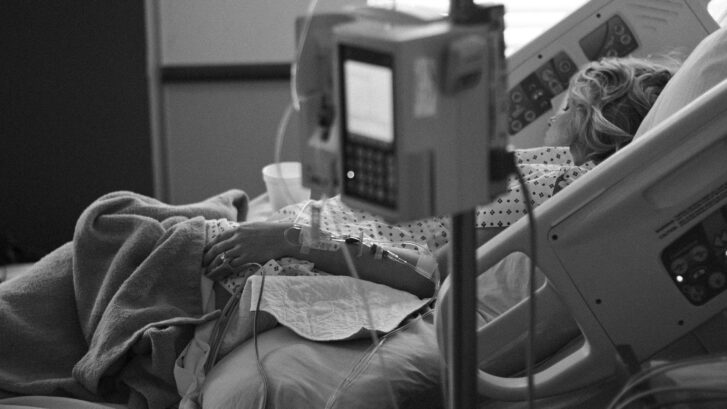 The middle-of-the-night phone call from the man’s 91-year-old father was frightening.

“Call the police! They’re trying to kill me!”

“Who’s trying to kill you?”

“These people. They’re holding me captive, they’re starving me to death.”

Except “these people” were doctors and nurses, and the older man was in the hospital being tested for a possible stroke. He hadn’t had one, but during the brief two days he’d been in the hospital, he’d acquired a little-known condition called hospital-acquired delirium.

Our concierge doctors are aware of it, but few outside the medical community have heard of it unless it has happened to their loved one.

The hallucinations may range from mild to outrageous.

They can imagine they’re fighting a war they were never in; they’ve been captured by spies and spirited out of the state or even the country; that their nurses and doctors are trying to kill them. These delusions are absolutely real (and terrifying) to them, and no amount of reasoning can argue them out of it, and often result in attempts to escape their “captors.”

At the other extreme, patients may become withdrawn and unresponsive. Other symptoms may include confusion, disorientation, altered states of consciousness, or an inability to focus. Or the patient may change personalities, from a normally easy-going personality to angry or combative, for example.

The main difference between hospital-acquired delirium and dementia is the time period of onset. Dementia slowly progresses over the course of months or years. Although up to 40 percent of those with dementia can also suffer from delirium, the latter syndrome occurs suddenly in patients who were otherwise perfectly lucid prior to entering the hospital. It can develop in a matter of hours or days following admittance.

According to a report Harvard Health Publishing, hospital-acquired delirium is the most common complication of hospitalization among older people, although it can occur in patients of any age. It is most prevalent in those who undergo such major surgeries as hip replacements or heart surgeries, or who were admitted to an intensive care unit. In fact, the syndrome was originally called ICU delirium.

The prognosis for recovery is mixed. Most people return to normal within a week or two after returning home. One study, however, found people over age 65 admitted to a hospital and diagnosed with delirium were more likely to die within a year than those who hadn’t. And the episodes of delirium may continue for months after discharge in up to a third of patients.

There are many reasons why a patient might slip into hospital-acquired delirium. These include:

It’s important that hospital staff rule out physical causes for unusual behavior in a patient, such as treating infections or performing tests for a possible stroke, for example. Be sure they know that the use of physical restraints and sedatives are not recommended, because they can increase the patient’s agitation.

But there are ways you can help.

Remember, once they are out of the hospital setting, they will most likely return to normal.