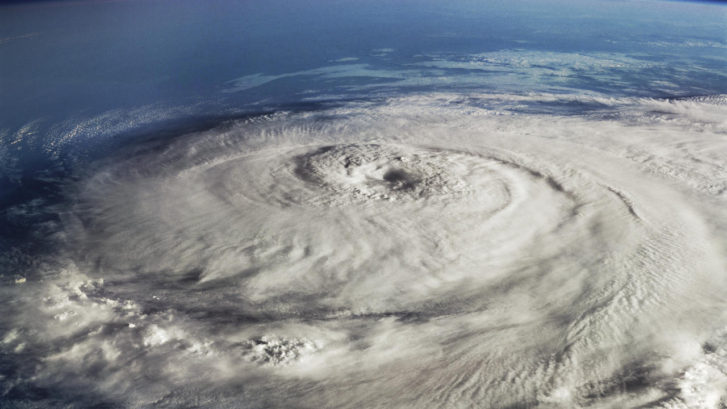 The people in Houston and surrounding areas had very little warning of the magnitude of the catastrophe that was about to hit. Hurricane Harvey blew up from a tropical depression to a Category 4 storm in a nearly unprecedented 48 hours. Although forecasters had been warning for days that Harvey would stall, the models predicting 50 inches of rain in the area were considered outliers—that is, a worst-worst-worst case scenario. Unfortunately, that scenario came true with a vengeance.

The last hurricane to come our way was Matthew last September. So far this year we’ve been lucky, but that luck may not hold. The bottom line is, hurricanes are unpredictable, so preparation is key.

Because the official hurricane season doesn’t end until November 30, your MD 2.0 primary doctors in Jupiter, Florida, want to offer some storm preparation and aftermath survival tips now, while you have plenty of time to make arrangements.

Be sure you have a 30-day supply of your medications on hand before the storm hits. See us if you need refills on any drugs you may be taking.

If your medications need to be refrigerated, talk to us about how to keep them properly stored if your power goes out.

If you are on dialysis, talk to the doctors or staff at the dialysis center about where to go after the storm.

If you use medical devices such as ventilators or oxygen concentrators, be sure the batteries are fully charged, and know where to go if the battery doesn’t work.

If you are on a special diet, be sure to have enough food available to last at least a week. And have enough bottled water available for everyone in the household to prevent dehydration. The rule of thumb is, one gallon per person per day.

If you have service animals or pets, make sure they have enough water, food, and any medications for them to last several days after the storm.

If power goes out, hand sanitizers and hand wipes will be critical. Be sure to have plenty available.

Make sure to take all your medical paperwork with you if you evacuate: list of current medications, list of drug allergies, insurance cards, and contact numbers for your physicians.

If you haven’t had a tetanus vaccine in the past 10 years, see us now to be inoculated. During after-storm cleanup, tetanus bacteria can infect you with even a minor cut or scratch.

If you are in an evacuation shelter, cleanliness is paramount to prevent the spread of illnesses. Wash with soap and water frequently. Use hand sanitizers and wipes as much as possible.

Try to keep insulin as cool as possible, away from direct heat, and out of direct sunlight. If using ice, avoid freezing the insulin.

Avoid floodwaters if at all possible. They are filled with such contaminants as oil and gas, household chemicals, and sewage, not to mention frightened snakes and floating fire ant rafts.

If you’re using a generator to maintain power, be sure it’s far enough away from the house to prevent carbon monoxide seeping into the home.

Do not eat any food or water that may have come into contact with flood water. If in doubt, throw it out.

If lifesaving drugs have been exposed to floodwaters, the Food and Drug Administration (FDA) says that if the container is contaminated but the contents appear unaffected (i.e., the pills are dry), they may be used until replacements are available. Other types of drugs or drug products such as inhalers, oral liquids, drugs for injections, and so forth, should be discarded if they have come in contact with contaminated water.

Insulin loses its potency according to the temperature its is exposed to and length of the exposure. Under emergency conditions, you might still need to use insulin that has been stored above 86 degrees Fahrenheit. When a fresh supply becomes available, discard any questionable insulin remaining.

Take care during cleanup. Be aware when cutting downed trees that they may have been twisted by the hurricane’s winds or embedded tornadoes. People have died when they cut loose a limb which then freed the torqued trees beneath, causing the chainsaw to lash back on themselves. Also be aware of downed power lines.

If you have any questions about hurricane preparation, contact us. That’s what we’re here for.