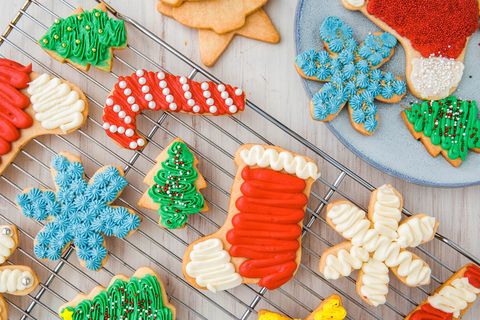 This time of year, sugar can be found in abundance, from Christmas cookies, to Hanukkah babka, to Yule logs. Of course, it’s ubiquitous throughout the year, as well, in everything from ketchup to soups to bread.

But because numerous studies have linked refined sugar consumption to a host of diseases, our concierge family doctors at MD 2.0 in Jupiter caution that you might want to exercise restraint when indulging in sugary confections. It can lead to obesity, diabetes, liver failure, cardiovascular disease (CVD), and numerous other health issues. It has even been linked to cancer.

Let’s examine some of these individually.

Sugar and your heart

A diet high in refined sugar has been liked to chronic inflammation throughout the body. Chronic inflammation is a result of various attacks on the body by irritating or even harmful stressors, such as excess sugar intake. The body then tries to heal the resulting tissue damage by flooding the system with white blood cells and their protective chemicals, causing damage to healthy cells.

This includes damage to the cardiovascular system. One 15-year study published in the Journal of the American Medical Association (JAMA) concluded that excessive sugar consumption—defined as those whose diets comprised over 25 percent of their daily calorie intake—were more than twice as likely to die from heart disease than those whose diets included less than 10 percent sugar.

Some research also indicates that excess sugar increases the risk of high blood pressure, and increases triglyceride levels in the blood while lowering HDL (the “good” cholesterol) levels; higher triglyceride and lower HDL levels are a known risk factor for CVD.

Numerous studies have found a correlation between sugar consumption and the proliferation of cancer cells, because cancer cells take in a greater amount of sugar than normal cells, helping them to thrive and multiply long past the time they would normally die.

In one study, for example, microbiologists and molecular biologists at three institutions in Belgium showed that one particular kind of protein can be activated by sugar. This is important because mutations in that protein have been linked to cancer, particularly pancreatic and colon cancer.

Sugar and your skin

In addition, through a process called glycation, the sugar molecules attach themselves to protein molecules, including collagen and elastin, the two proteins responsible for keeping skin plump and wrinkle-free. This process permanently damages both collagen and elastin, causing them to become more rigid, thus causing skin to thin, wrinkle, and become discolored.

Let’s get this straight: Eating sugar does not directly cause diabetes. It does, however, contribute to weight gain, which in turn leads to insulin resistance, which triggers diabetes. When you ingest sugar, the body breaks it down into glucose, raising your insulin levels and causing inflammation and damage throughout the body, as mentioned above.

Just one sugar-sweetened soda a day raises your risk of non-alcoholic fatty liver disease. This condition occurs when fat builds up in the liver and can lead to liver damage that resembles that caused by alcohol abuse.

Consumption of refined sugar has also been implicated in “leaky gut” syndrome, a condition in which bad bacteria and yeast—fed in part by sugar—lead to “leaks” between the intestine and bloodstream.

Excessive sugar consumption has also been linked to gout, depression, and of course, tooth decay.

Our processed foods are full of added sugar, even in items you wouldn’t suspect. For example, a single slice of white bread contains 2 grams of sugar; one tablespoon of a well-known ketchup brand has 4 grams; and a single serving (less than half a can) of a popular tomato soup contains 12 grams of sugar. Four grams equals one teaspoon. So if you eat that entire can of soup (listed as 2.5 servings per can), you’ll be eating 30 grams of sugar, or over seven teaspoons of added sugar.

But researchers say the true culprit when it comes to added sugar in our diets is soda: A single 12-ounce can of (non-diet) soda contains approximately nine teaspoons of sugar.

Does this mean you should avoid refined sugar entirely? As we’ve seen, that may be nearly impossible. And especially this time of year, there’s no harm in indulging in holiday treats—within reason. Just be aware of the damage that a diet high in refined sugar can cause, and balance it as much as possible with high-quality proteins, fresh fruits, and vegetables.