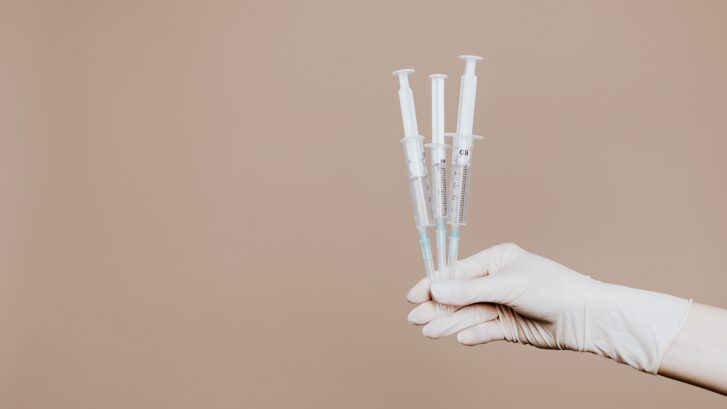 Our concierge primary care doctors in Jupiter promised to keep you up to date on the latest coronavirus research. It’s certainly coming rapidly, especially regarding the vaccines and the possibility of a COVID-19 booster shot.

Last month, the Centers for Disease Control and Prevention (CDC) recommended a third dose of the Pfizer-BioNTech or Moderna vaccines for immunocompromised people.

Then later last month, a new recommendation came from the Department of Health and Human Services (HHS). It recommended a third dose of the two-dose Pfizer-BioNTech or Moderna vaccines be made available beginning the week of September 20 to those who received their inoculations eight months ago.

This would include older Americans, those working in nursing homes, and health-care workers who were first in line to get the vaccine.

The proliferation of the highly contagious delta variant of the coronavirus prompted the decision. The variant now accounts for nearly 98 percent of COVID-19 infections in the U.S.

It was also based on a study out of Israel. It showed the Pfizer vaccine was less than 55 percent effective against serious disease for those 65 and older who were vaccinated in January and February.

In addition, Pfizer offered similar results in their own study, released in July. It reported a third dose of the vaccine delivered about six months after the second shot showed efficacy rose about five to 10 times higher than after the first two doses.

Do you need a booster?

If it’s been less than eight months since you received a two-dose mRNA vaccine, you do not need a COVID-19 booster shot unless you’re immunocompromised. In fact, getting it too early would be a waste, according to researchers. Immunity doesn’t begin to wane for several months after full immunization.

Some experts have questioned the government’s recommendation for an additional booster shot. They say all the vaccines continue to perform the job they were designed for: cutting down on serious cases and deaths, including against the delta variant.

For instance, the White House Coronavirus Task Force’s own research showed as recently as last month that a study across the entire state of New York found the vaccines provided 92-95 percent protection against hospitalization.

He explained that in addition to antibodies, the immune system also includes “killer” T cells and “memory B” cells. They can trigger the immune response when the body encounters the virus.

The science, he added, “doesn’t say we need a booster right now. It could be [in] a year or two, depending on the data.”

Others, however, are adamant that a COVID-19 booster shot is a good idea, within the timeframe laid out by HHS.

As you’ve probably heard, the two-dose Pfizer-BioNTech vaccine has been fully authorized by the U.S. Food and Drug Administration (FDA) for people ages 16 and older. This formal approval allows doctors to offer the shots “off label,” that is, for children younger than 16. Health experts, however, caution against doing so.

“We are not recommending that children younger than age 12 be vaccinated with this vaccine,” acting FDA Commissioner Janet Woodcock said during a press conference last month.

That’s because the vaccine dosage will likely be lower for younger children. Trials currently underway will determine this.

“Kids are not just small adults,” Woodcock said. “We really would have to have the data and the appropriate dose before recommending that [younger] children be vaccinated.”

The American Academy of Pediatrics (AAP) agrees and has posted a statement to that effect on its website.

“From a safety standpoint, it’s really important to wait,” said AAP president Lee Savio Beers. “From all that we are hearing, we do believe that the recommended dose will be lower than for adolescents 12 and up.”

And experts caution against having individual doctors guess at which might be an appropriate smaller dose for children.

The CDC has even gone so far to warn health care workers against giving the vaccine to children younger than 12. It says, “providers may not have immunity from claims,” and could face “other potential sanctions” if they do so.

Mask up for safety

But because kids still can’t receive the vaccine, and probably won’t until later this fall, it’s doubly important to keep them from becoming infected.

One recent study from the Yale School of Public Health suggested over half of infected children show no symptoms. We still don’t know the long-term effects of infection with the virus on young children, including whether they can suffer the symptoms of “long-haul” COVID-19.

In addition, it’s well established that asymptomatic individuals can still pass the virus on to others. And now that kids are back in school and the delta virus is rampant, the safety practices we’ve been following for the last 18 months—social distancing, wearing masks, hand washing, and so on—are even more necessary to keep them safe.

If you have any questions, please don’t hesitate to contact us.