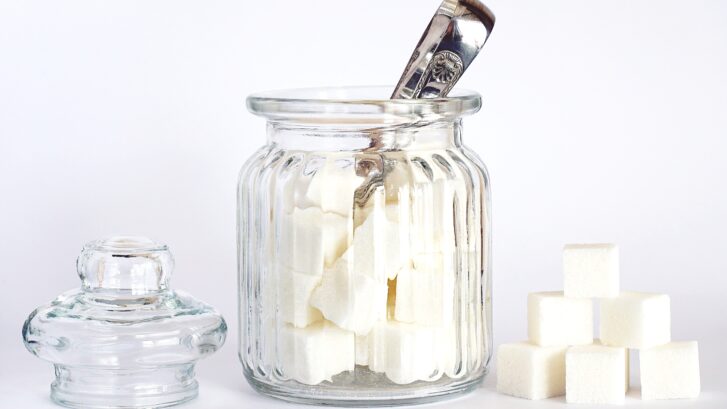 For your health and—especially—that of your children, a new government advisory panel suggests you reduce daily sugar intake even lower than previously recommended amounts.

This will disappoint many people, especially those of us who have turned in such large numbers to the old-time practice of baking during the coronavirus pandemic to allay stress. But our concierge doctors want to give you the latest information so you can make your own more informed decisions.

The downsides of sugar

While many of us have been reluctant to face the downsides of sugar, the fact is that the popular sweet substance has been implicated in numerous illnesses that plague modern Americans. Among them are:

In these days of C0VID-19, one especially important effect of excess sugar consumption is chronic inflammation throughout the body, which is also one of the most deadly results of infection with the novel coronavirus. In addition, researchers have noted those who are obese or have type 2 diabetes are at greater risk for serious complications from COVID-19.

Therefore it’s no wonder doctors pay attention when updated guidance comes out on the health implications of refined sugar intake. This was the case when new recommendations were released by a government advisory panel earlier this month.

Every five years, a committee comprising 20 nationally recognized doctors, registered dietitians and public health experts meets to review the latest research on various dietary issues and provide recommendations to the Agriculture Department (USDA) and the Department of Health and Human Services on ways Americans can eat healthier.

Their recommendations are used to shape food policy, including school lunches, food assistance programs and governmental nutritional advice to the public.

When the group considered sugar, it decided in light of new evidence to lower its 2015 recommendation for how much daily sugar intake is considered safe, from 10 percent of daily calorie intake to six percent.

For the first time ever, however, the 2020 Dietary Guidelines Advisory Committee also released recommendations on sugar for infants and toddlers under the age of two. Unlike their advice for individuals older than two, the panel recommends no added sugar at all for babies.

“Avoid foods and beverages with added sugars during the first two years of life,” their report stated. “The energy in such products is likely to displace energy from nutrient-dense foods, increasing the risk of nutrient inadequacies.

“Moreover, consumption of sugar-sweetened beverages is linked with increased risk of overweight or obesity.”

In addition, early consumption of sugar can have profound consequences years later, the group found.

How to gauge sugar intake

You may think you already restrict sweets in your diet, so you have nothing to worry about. However, the processed foods so many Americans rely on as a large part of their diets are full of added sugar, even in items you wouldn’t suspect.

For example, a single slice of white bread contains 2 grams of sugar. One tablespoon of a well-known ketchup brand has 4 grams. A single serving (less than half a can) of a popular tomato soup contains 12 grams of sugar. Four grams equals one teaspoon. So if you eat that entire can of soup (listed as 2.5 servings per can), you’ll be eating 30 grams of sugar, or over seven teaspoons of added sugar.

But researchers say the true culprit when it comes to added sugar in our diets is soda. A single 12-ounce can of (non-diet) soda contains approximately nine teaspoons of sugar.

One way to judge safe sugar intake: in a 2,000 calorie diet, no more than 120 calories should come from added sugars, according to the panel. There are four calories in a gram of sugar, or 16 calories in a teaspoon of sugar.

We don’t believe it’s either possible or desirable to go entirely sugar free, but we do recommend vigilance in purchasing and consuming food for your family.

And, when possible, opt for more of the natural sugars, which contain antioxidants that will help ward off cancer. Molasses, maple syrup, honey, and agave nectar can give you the sweetness you seek combined with beneficial vitamins and nutrients, unlike refined sugar, which contains no additional nutritional benefit.