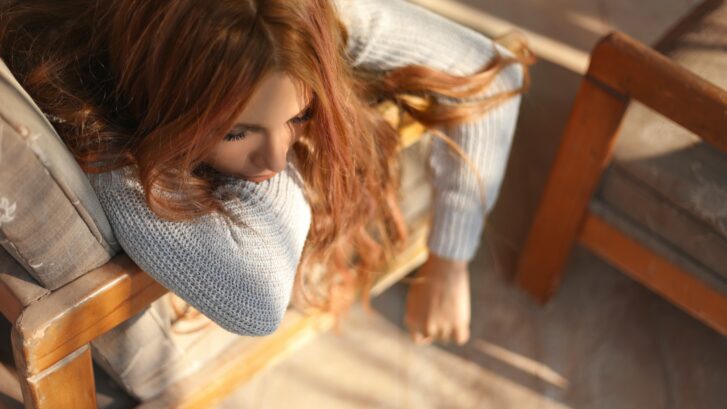 The condition known as chronic fatigue syndrome (CFS) has been getting more attention recently due to its possible association with the novel coronavirus. This is because a number of COVID-19 survivors have been experiencing long-lasting effects that appear similar to those of CFS.

And it’s possible that the debilitating fatigue, muscle pain, cognitive issues and other lingering symptoms experienced by some who have recovered from COVID-19 share the same origins as those of CFS, also known as myalgic encephalomyelitis (ME).

So our concierge doctors thought this would be a good time to bring you up to speed on this chronic condition and tell you what to watch for if you do become ill with COVID-19.

What is chronic fatigue syndrome?

CFS/ME comprises a constellation of symptoms that can vary significantly from person to person. In addition, because in years past there were no laboratory tests that could identify it, the illness was derisively dismissed as largely imaginary by family, friends, and sometimes—unfortunately—even by their doctors.

The Centers for Disease Control and Prevention (CDC) lists three primary or “core” symptoms required for a diagnosis of ME/CFS:

In addition, one of the following two symptoms must be present for a definitive diagnosis:

CFS can occur at any age, and tends to affect women more often than men.

Sufferers variously complain of a galaxy of symptoms, which can include:

Whatever the ancillary symptoms, however, the overriding complaint is persistent, exhausting fatigue that prevents patients from living a normal life.

Even more frustrating, the illness seems to wax and wane. Sufferers have good days and bad days without an obvious cause for either.

Until 2017, a diagnosis of CFS was made through exhaustive testing for other diseases that might share some of the symptoms, and ruling those out as possible causes. These include anemia, diabetes, hypothyroidism, various sleep disorders, and certain mental health issues.

But a research team at Stanford University in California published a paper in 2017 in the journal Proceedings of the National Academy of Sciences (PNAS) detailing the results of their study on ME/CFS. They looked at the serum cytokines (blood proteins) of 192 ME/CFS patients versus 392 healthy patients, and found that concentrations of 17 different cytokines rose in concert with the severity of a patient’s symptoms.

According to Mark Davis, senior author of the study, “Our findings show clearly that it’s an inflammatory disease and provide a solid basis for a diagnostic blood test.”

This blood test, however, is still an indicator rather than a definitive diagnosis. Other researchers at Columbia University’s Mailman School of Public Health are focusing on metabolites, which they say can diagnose ME/CFS with an accuracy of 84 percent.

Other researchers have focused in on patients’ lasting fatigue, which is a common occurrence after infection with any type of virus. For COVID-19 survivors, however, this symptom appears more pronounced than after other viral infections like the flu. That may be due to the so-called “cytokine storm” in which the body’s natural defenses (cytokines) go into overdrive in trying to fight off this previously unknown invader, and damage the body itself in the process.

In the roughly six months since the world has been dealing with the SARS-CoV-2 virus, researchers and clinicians have been seeing ME/CFS-type complaints from many survivors of COVID-19. They suspect that at least some of these people could be on track to develop ME/CFS, which is commonly diagnosed in patients whose post-viral symptoms persist for six months or longer.

Relief, but no cure

The unfortunate reality of CFS is that there is no known cure. Treatment consists of a variety of approaches to help relieve and cope with symptoms. The CDC recommends that patients should focus on which symptoms are the most problematic, and address them first. It suggests a variety of therapies including:

If you’re experiencing any of the symptoms of Chronic Fatigue Syndrome, or lingering effects after a suspected or confirmed COVID-19 infection, please let us know. We can help provide a definitive diagnosis, and offer ways to cope with this very real, very debilitating illness.

One thought on “Chronic Fatigue Syndrome Is a Real Disease”