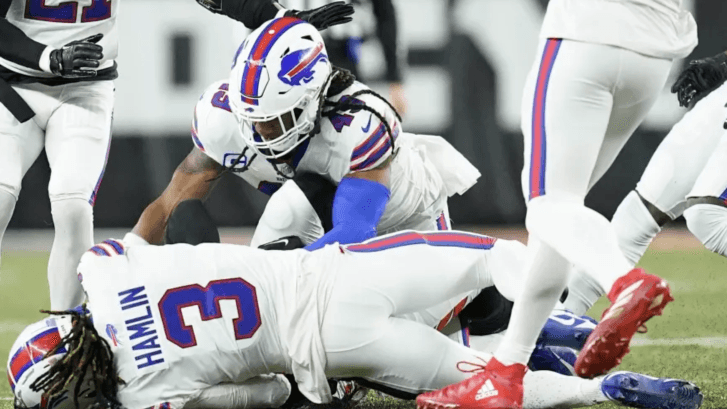 It was a terrifying moment on the field at the Buffalo Bills-Cincinnati Bengals game earlier this month when Bills safety Damar Hamlin stood up following a hit to the chest and then collapsed on the field.

But the good news is that he seems to be well on his way to a remarkable recovery. So our concierge primary care doctors in Jupiter want to join with so many others who are using the incident to urge everyone to learn the lifesaving cardiopulmonary resuscitation (CPR) technique that helped save his life.

What happened to Hamlin?

First, let’s discuss how a routine hit in a football game drove a man to the brink of death.

While full details are not yet available, it appears he was the victim of a rare phenomenon called “commotio cordis,” or ventricular fibrillation. It occurs when an impact directly to the heart occurs at the precise millisecond of the heartbeat when it becomes susceptible to such a blow, interrupting the rhythm.

In such cases, “there is nothing wrong with the heart,” Dr. Hari Tandri, director of the cardiac arrhythmia program at Vanderbilt University Medical Center in Nashville, Tennessee, told NBC News.

Dr. Comilla Sasson, an emergency medicine physician in Denver and a spokesperson for the American Heart Association (AHA), told NBC: “It’s not about how hard a hit it was. It’s actually about the timing of when the blow happens.”

CBS News medical contributor Dr. David Argus told “CBS Mornings” that he believed Hamlin sustained blunt force trauma to his chest “in the exact right spot, at the exact right moment during his heartbeat,” causing his heart to go into arrhythmia, or “not beat effectively to push blood to the brain,” he explained.

“It happens in Little League baseball,” he added. “A ball is thrown by a pitcher and hits the person in the chest. It happens in soccer where there’s something that causes that blunt force trauma. So, remarkably rare.” So rare, in fact, that he estimated that only about 30 of these cases occur in the U.S. every year.

As Hamlin continued to rapidly recover in the days following his collapse, observers credited his survival to the immediate response of medical personnel on the field.

“When someone is having a sudden cardiac arrest emergency for any reason . . . time is absolutely critical,” Matthew Levy, an associate professor of emergency medicine at Johns Hopkins University School of Medicine, told The Washington Post.

“For every minute that someone is in sudden cardiac arrest—every minute where their heart is not beating normally and their body tissue is not getting the oxygen it needs—their [chances of] survival goes down by like seven to 10 percent,” he said. “So time is absolutely of the essence.”

“The key in any cardiac arrest is how quickly and effectively CPR is done,” Aaron Baggish, a Mass General Brigham sports medicine cardiologist and founder of the Cardiovascular Performance Program at Massachusetts General Hospital, told The Post.

“So it has to start soon, and it has to be done well enough to get blood to the brain and the other vital organs for as long as it takes to start the heart again with defibrillation,” he said.

Which is what happened with Hamlin.

Within seconds of Hamlin’s collapse, assistant athletic trainer Denny Kellington began administering CPR to Hamlin, according to a tweet from Bills offensive lineman Dion Dawkins. Others followed the CPR with use of an automated external defibrillator (AED) before Hamlin was rushed to the hospital.

Observers credited the immediate CPR and AED with saving his life. But only about half of Americans report having received CPR training.

And unfortunately, many people who witness a cardiac arrest are reluctant to perform CPR, either because they don’t know how or are afraid of causing further harm. But Good Samaritan laws in all 50 states protect bystanders who step in to help during an emergency from legal liability.

Florida’s statute provides that “Any person . . . who . . . in good faith renders emergency care or treatment . . . shall not be held liable” for damages. Read the whole law here.

But too few Americans have CPR training, the AHA reports.

Formal training, which typically involves practicing on a dummy, is preferable to reading about the technique, doctors say.

“You can certainly learn a lot by reading it online, and you can certainly watch videos and understand and learn the technique, but, ultimately, the best thing is to actually get into a class so you can actually practice,” Dr. Jayne Morgan, a cardiologist at Piedmont Healthcare in Atlanta, told NBC News.

The Cleveland Clinic’s Dr. Michael Emery, a sports cardiologist there, told USA Today that CPR is “the most profound, life-changing thing you could potentially learn and do for someone.”

If you’re interested in someday possibly saving a life, you can find CPR classes near you here.

And if you find yourself in a situation where you need to perform CPR, the AHA recommends doing chest compressions at a rate of 100 to 120 per minute, but in the throes of trying to save a life, it can be difficult to count the precise beats needed to keep up the correct rhythm.

So the AHA created a playlist of over 50 familiar songs on Spotify to help bystanders maintain the beat. Click here to listen! 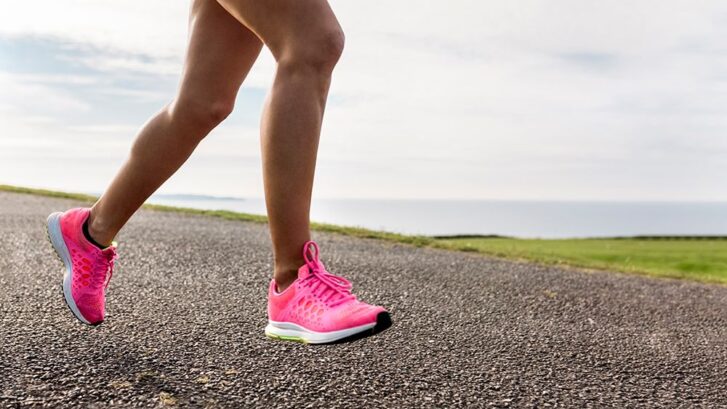 Our primary care concierge doctors in Jupiter have heard it for years: “I don’t run because I don’t want to wreck my knees.” Intuitively, that makes sense. The argument goes something like this: When you run, each time the foot hits the ground, the body experiences a force equal to eight times body weight, and that will eventually cause osteoarthritis.

The good news is that study after study confirms that’s not the case; in fact, the opposite appears to be true: regular running actually strengthens cartilage, according to experts.

One 2020 Stanford University study on the effect of running on knees found that for young, healthy individuals, such exercise appears to trigger an anti-inflammatory reaction in the joints.

“In fact, a normally functioning joint can withstand and actually flourish under a lot of wear,” the study’s lead researcher, James Fries, told Time magazine. Fries is a professor emeritus of medicine at Stanford.

He explained that cartilage—the soft connective tissue that surrounds the bones in joints—doesn’t contain arteries that deliver blood along with its rejuvenating dose of oxygen and nutrients. As a result, cartilage depends on movement to obtain needed nourishment.

“When you bear weight,” he said, “[the joint] squishes out fluid, and when you release weight, it sucks in fluid,” thereby delivering the nutrients necessary to build new cartilage.

What Other Research Says

Studies on this issue go back decades. For example, in 1971, researchers began to look at the children and spouses of the famous Framingham, Mass., Heart Study. Called the Framingham Offspring Cohort, 1,279 volunteers enrolled in a study of exercise and arthritis. The results of the study showed no link between jogging and arthritis.

The results of other studies went even further, appearing to actually show improvement in runners’ knees from their avocation, as the Stanford study found.

A 2008 Australian study found that subjects who engaged in vigorous exercise had knee cartilage that was thicker and healthier than those who didn’t exercise routinely.

In another study, published in the Journal of Orthopedic and Sports Physical Therapy in 2017, 10 percent of those who weren’t runners developed osteoarthritis in their knees or hips over the course of the study, while only 3.5 percent of runners did so.

Again echoing the Stanford results, another 2017 study, published in the European Journal of Applied Physiology, found that running decreased inflammation in the knees of study subjects, suggesting that running was a kind of medicine for those who were experiencing knee pain.

And running, along with other vigorous aerobic activities, provides whole-body benefits not confined just to the knees.

One study published in JAMA in 2008 followed members of a running club, comparing them with healthy non-runners, all of whom were over 50 at the beginning of the study. After 21 years, the researchers found that more of the runners than non-runners were still alive, as well as reported much less disability than those in the non-running group.

Another study confirming the health benefits of aerobic exercise such as running was published last month in the journal JAMA Network Open, conducted by the Division of Nutrition, Physical Activity, and Obesity at the Centers for Disease Control and Prevention (CDC).

Researchers found that doing between 10 and 300 minutes of aerobic exercise a week was associated with a 24 percent lower risk of death from any cause than exercising less than 10 minutes a week.

Another 2018 study, published in JAMA, produced similar results. Researchers investigated 122,007 former patients at Cleveland Clinic who were tested on a treadmill between January 1, 1991 and December 31, 2014. They found that those with the lowest level of fitness, i.e., a sedentary lifestyle, had a risk of death almost 500 percent higher than those who were the most physically fit.

Does this mean everyone should lace up their sneakers and head for the trails? Not necessarily.

Mark Harrast, medical director of the Sports Medicine Center at the University of Washington, told HuffPost that running could cause damage in the knees of people who have already experienced trauma to knee cartilage.

“If you have cartilage damage from an injury, such as skiing, a torn meniscus, or a blown-out ACL, and if you run regularly and overuse it, that’s a set-up for arthritis,” he said.

Other reasons you might not want to take up running include having a family history of arthritis, or being overweight or over the age of 50.

Running, even for young, healthy people, though, is not without some risks, including the possibility of stress fractures and soft-tissue injuries. But with sensible safeguards, these issues can generally be prevented.

Precautions include wearing a proper pair of running shoes, matched to your gait and foot size.

In addition, before you begin each run, always warm up with long, slow stretches to get the blood flowing.

As with any form of exercise, you need to build up to full speed gradually. And have any pain you experience evaluated early to prevent further injury.

As long as you pace yourself and take it easy, there’s no reason you can’t enjoy the proven health benefits and euphoria of the “runner’s high.” Just be sure to check with us if you’re just starting out. 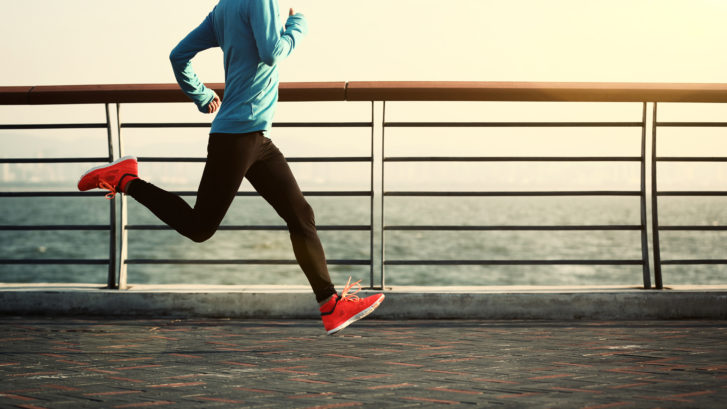 Because we live in South Florida, we’re fortunate to have good weather nearly year-round. Still, there’s something about the longer days that’s definitely energizing. We’re more active, ready to push our bodies beyond what we’ve asked of them in the past. One of the activities that many people are turning to is running. It’s free (except for the cost of shoes), and can be done anywhere, at any time. Plus, your concierge family practice physicians at MD 2.0 in Jupiter, Florida, absolutely encourage incorporating this into your healthy lifestyle.

END_OF_DOCUMENT_TOKEN_TO_BE_REPLACED 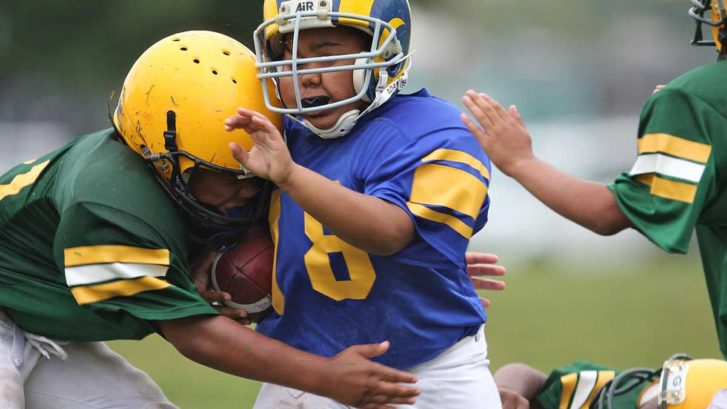 In recent years, researchers and the athletes themselves have revealed that the constant hits suffered by professional football players result in a neurodegenerative disease known as chronic traumatic encephalopathy (CTE). Further research has shown that CTE has also been detected in other athletes and military veterans who have been exposed to concussive blasts during deployment.